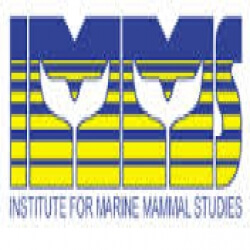 The Institute for Marine Mammal Studies ("IMMS") is a major non-profit organization established in 1984 for the education, conservation, and research on marine mammals in the wild and in captivity. It is located in Gulfport, Mississippi, United States of America and has been an active participant of the National Stranding Network since its inception. The Institute is the only organization in the Mississippi-Louisiana-Alabama subregion of the Gulf Coast with the ability to both care for sick and injured marine mammals, and also incorporate programs for conservation, education and research on marine mammals and their environment. The Institute's Center for Marine Education and Research, located in Gulfport, features a museum with exhibits, aquarium tanks and touch pools. Open by reservation, the tours include dolphin encounters. The Institute for Marine Mammal Studies has received a number of grants of several million dollars from the National Oceanic and Atmospheric Administration [1], [2] The current director is Dr. Moby Solangi. It has been engaged in collaboration with: The University of Southern Mississippi Mississippi State University Louisiana State University Oklahoma State University The University of Pennsylvania Portland State University The University of Kansas The University of Hawaii The National Marine Fisheries NASA Stennis Space Center The U.S. Fish and Wildlife Service The United States Navy

I have always had an interest in Veterinary and Marine Biology, and it would be wonderful if there w...