You are now following this organisation for updates


Let the know that you are interested to apply

Are you planning for your next degree ? 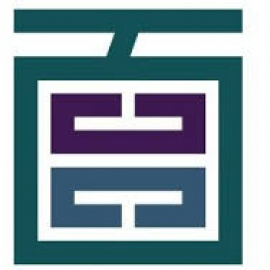 Update your status of the university

Bai Xian Asia Institute evolved from the vision of our Honorary Chairman,Â Mr. Ronald Chao.Â Concerned with the fragility and volatility of Sino-Japanese relations, Mr. Chao funded the construction of "Sino-Japanese Youth Centers" at 5 renowned universities in China to promote friendship and understanding between young people of the 2 nations. These were renamed "Asian Youth Centers" in 2013 to accommodate students from other Asian countries.

Inspired by the achievements of Rhodes Scholars and the launch of the Schwarzman Scholars program, Mr. Chao decided to extend his vision to nurture future generations of Asian leaders. Full scholarships will be provided for Asian students to study abroad at leading universities in China, Japan, and Korea. Furthermore, universities may apply for grants to develop Enrichment Programs to facilitate cross-cultural understanding.

With the support of 5 founding members, the Institute was established to oversee the development and implementation of the AFLSP.

The Institute and Bai Xian Education Foundation entered into scholarship agreements with 6 leading universities in China and Japan between February and May 2014. These are: (1) Hitotsubashi University; (2) Hong Kong University of Science and Technology; (3) Kyoto University; (4) Peking University; (5) Waseda University; and (6) Zhejiang University.

To further expand the AFLSP, the Institute invited 8 other leading universities to join as Participating Universities and BXAI's 5 founding members together contributed US$10 million toward setting up the BXAI Endowment Fund under the Instituteâ€™s management to support the expansion.