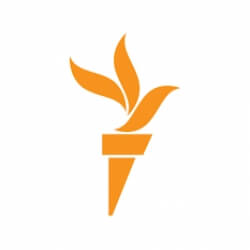 Radio Free Europe/Radio Liberty (RFE/RL) is a U.S. broadcasting organization that provides news, information, and analysis to countries in Eastern Europe, Central Asia, and the Middle East "where the free flow of information is either banned by government authorities or not fully developed". RFE/RL is an independent 501(c)(3) corporation that receives U.S. government funding and is supervised by the Broadcasting Board of Governors, an agency overseeing all U.S. federal government international broadcasting services. RFE was founded as an anti-communist news source in 1949 by the National Committee for a Free Europe, as part of a large-scale Psychological Operation during the Cold War. RL was founded two years later and the two organizations merged in 1976. RFE/RL received funds from the Central Intelligence Agency until 1972. During the earliest years of Radio Free Europe's existence, the CIA and the U.S. Department of State issued broad policy directives, and a system evolved where broadcast policy was determined through negotiation among the CIA, the U.S. State Department, and RFE staff. A report by RFE/RL about the death of a student during clashes with riot police is said to have contributed to the overthrow of the communist government of Czechoslovakia in 1989. RFE/RL was headquartered at Englischer Garten in Munich, Germany, from 1949 to 1995. In 1995, the headquarters were moved to Prague in the Czech Republic. European operations have been significantly reduced since the end of the Cold War. In addition to the headquarters, the service maintains 20 local bureaus in countries throughout their broadcast region, as well as a corporate office in Washington, D.C. RFE/RL broadcasts in 28 languages to 21 countries including Armenia, Russia, Iran, Afghanistan, Pakistan, and Iraq.