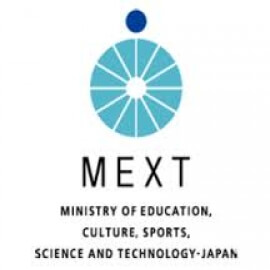 The Ministry of Education, Culture, Sports, Science and Technology (æ–‡éƒ¨ç§‘å­¦çœ, Monbu-kagaku-shÅ), also known as MEXT, Monka-shÅ or MonbushÅ, is one of the ministries of the Japanese government. The Meiji government created the first Ministry of Education in 1871. The Japanese government centralises education, and it is managed by a state bureaucracy that regulates almost every aspect of the education process. The School Education Law requires schools around the country to use textbooks that follow the curriculum guideline set by the ministry, although there are some exceptions. In January 2001, the former Monbu-shÅ and the former Science and Technology Agency (ç§‘å­¦æŠ€è¡“åº, Kagaku-gijutsu-chÅ) merged to become the present MEXT. MEXT is led by a minister, who is a member of the Cabinet and is chosen by the Prime Minister, typically from the members of the Diet. As of December 2012, the post is held by Hakubun Shimomura. MEXT is one of three ministries that run the JET Programme. It also offers the Monbukagakusho Scholarship, also known as the MEXT or Monbu-shÅ scholarship.