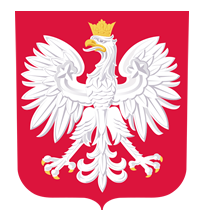 Executive power is exercised by the President and the Government, which consists of a council of ministers led by the Prime Minister. Its members are typically chosen from a majority coalition in the lower house of parliament (the Sejm), although exceptions to this rule are not uncommon. The government is formally announced by the president and must pass a motion of confidence in the Sejm within two weeks.

Legislative power is vested in the two chambers of parliament, Sejm and Senate. Members of Sejm are elected by proportional representation, with the proviso that non-ethnic-minority parties must gain at least 5% of the national vote to enter the lower house. Currently, five parties are represented. Parliamentary elections occur at least every four years.

Looking for Bachelors in aeronautical engineering for September 2019 intake
I want to study abroad in a least fees and interested subject.