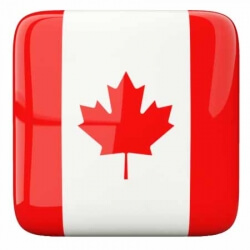 Government of Canada, Vancouver, BC, Canada

The Government of Canada (French: Gouvernement du Canada), formally Her Majesty's Government (French: Gouvernement de Sa MajestÃ©), is the federal administration of Canada. In Canadian English, the term can mean either the collective set of institutions or specifically the Queen-in-Council. In both senses, the construct was established at Confederationâ€”through the Constitution Act, 1867â€”as a federal constitutional monarchy, wherein the Canadian Crown acts as the core, or "the most basic building block," of its Westminster-style parliamentary democracy. The Crown is thus the foundation of the executive, legislative, and judicial branches of the Canadian government. Further elements of governance are outlined in the rest of the Canadian constitution, which includes written statutes, court rulings, and unwritten conventions developed over centuries.