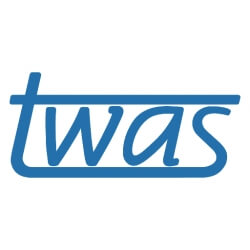 The World Academy of Sciences (TWAS)

TWAS, The World Academy of Sciences, until 2004 named Third World Academy of Sciences and TWAS, the academy of sciences for the developing world before September 2012, is a merit-based science academy uniting 1,000 scientists in some 70 countries. Its principal aim is to promote scientific capacity and excellence for sustainable development in the South (see North-South divide). Its headquarters are located on the premises of the Abdus Salam International Centre for Theoretical Physics (ICTP) in Trieste, Italy. TWAS was founded in 1983 under the leadership of the Nobel Laureate Abdus Salam of Pakistan by a group of distinguished scientists who were determined to do something about the dismal state of scientific research in developing countries. Although developing countries account for 80% of the worldâ€™s population, only 28% of the world's scientists hail from these countries. This fact reflects the lack of innovative potential necessary to solve real-life problems affecting poor nations. A chronic lack of funds for research often forces scientists in developing countries into intellectual isolation, jeopardizing their careers, their institutions and, ultimately, their nations. Scientists in developing countries tend to be poorly paid and gain little respect for their work because the role that scientific research can play in development efforts is underestimated. This in turn leads to brain drain in favour of the North that further impoverishes the South. Research institutions and universities in the South are under-funded, forcing scientists to work in difficult conditions and often with outdated equipment. The founding members of TWAS therefore decided to set up an organization that would help to: Recognize, support and promote excellence in scientific research in the South; Provide promising scientists in the South with research facilities necessary for the advancement of their work; Facilitate contacts between individual scientists and institutions in the South; Encourage South-North cooperation between individuals and centres of scholarship; Promote scientific research on major developing countries problems. Since its inception, TWAS's operational expenses have largely been covered by generous contributions of the Italian government; since 1991 UNESCO has been responsible for the administration of TWAS finance and staff on the basis of an agreement signed by the director general of UNESCO and the president of TWAS.