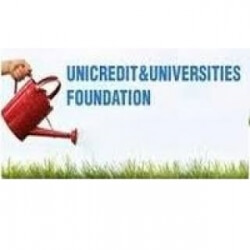 Open to nationalities of all 17 countries where UniCredit is present

All universities across the globe

UniCredit & Universities Foundation offers one Crivelli Europe scholarship – 14th ed. aiming at young graduates in economics, banking or finance who wish to take PhD courses abroad at any university in the world starting from the academic year 2016/17. To pursue the long-standing tradition of UniCredit and reflect its European dimension, UniCredit & Universities Knight of Labor Ugo Foscolo Foundation announces the competition for one European scholarship, in memory of “Giovanna Crivelli”, a young UniCredit employee who died prematurely, aimed at training European researchers through courses of specialization abroad covering theoretical and empirical studies in the fields of economics, banking and finance.

The scholarship is worth € 25,000 (or equivalent). The sum includes travel expenses and health insurance, and is before tax. Appropriately documented university tuition fees will be paid by the Foundation. The Crivelli scholarship is incompatible with any other scholarship.

To be eligible for the competition, applicants must be:

Number of awards offered: There is 1 Europe scholarship available for undertaking PhD program.

Duration of award(s): The scholarship involves enrollment in and obligatory attendance of a PhD program, in line with the candidates’ academic career for the academic year 2016/2017, at any University in the world, and are renewable for a second year. 25% of the sum of the scholarships is paid in advance, 25% on confirmation of the beginning of attendance of the courses and the remainder in two equal deferred installments (one in January 2017 and one in April 2017), without prejudice to the possibility of the sums relative to the individual installments of university fees and any lodging expenses being paid in advance, upon documented request of the recipient.

Selection Criteria: The Foundation’s Scientific Committee will be responsible for the selection procedure and will identify the winner of the scholarship. The Scientific Committee, appointed by the Foundation’s Board of Directors, is composed of academic experts in economics and finance from the main European countries. The Committee intends to give priority to suitable candidates who will start a PhD in the fall 2016. The Committee may call the candidates for an interview.

Note: The winner will be selected by the Scientific Committee of the Foundation and will be announced by December 31, 2015.

Source : UniCredit & Universities Foundation
Disclaimer: All Content, Logo and Company names are registered trademarks of their respective holders. Use of them does not imply any affiliation with or endorsement by them.
Report inaccuracy in this page

UniCredit & Universities Foundation supports young European talents to better express and develop their skills, supporting the activities of study and research with scholarships and awards in the field of economics and finance.

Scholarships for students in Italy 2021