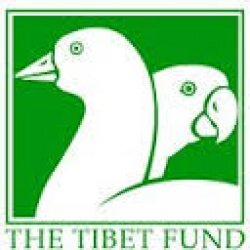 Courses offered by the university

Open to applicants of India and Nepal

Any University in the United States

The Tibetan Scholarship Program, sponsored by US Bureau of Educational and Cultural Affairs, is administered through a Cooperative Agreement with The Tibet Fund (TTF), in collaboration with the Central Tibetan Administration’s (CTA) Department of Education (DoE). Under the scholarship, 6 applicants from India and one from Nepal will be selected to participate in the TSP. Applications will be accepted from eligible Tibetan refugees residing in India and Nepal for two-year Master’s Degree programs in the United States, pending the availability of funds.

Source : The Tibet Fund
Disclaimer: All Content, Logo and Company names are registered trademarks of their respective holders. Use of them does not imply any affiliation with or endorsement by them.
Report inaccuracy in this page

More about The Tibet Fund

The Tibet Fund is a 501(c)(3) nonprofit organization based in New York, NY. Founded in 1981 under the auspices of His Holiness the Dalai Lama, The Tibet Fund is the primary funding organization for the health, education, refugee rehabilitation, cultural preservation and economic development programs that enable Tibetans in exile and in their homeland to sustain their language, culture and national identity. The work of The Tibet Fund is guided by the following priorities: â€¢ To support health care, education, refugee rehabilitation, religious and cultural preservation, community and economic development programs that enable Tibetans to thrive in todayâ€™s world; â€¢ To help the Central Tibetan Administration to revitalize the Tibetan settlements in India, Nepal and Bhutan; â€¢ To ensure that Tibetan culture and identity remain a vibrant part of our global heritage; â€¢ To enable donors to connect with individual Tibetan children, monks, nuns and the elderly; â€¢ To raise awareness about the Tibetan peopleâ€™s achievements over the past 50 years. The story of The Tibet Fund is the story of the Tibetan peopleâ€™s perseverance and resourcefulness through decades of upheaval and exile. It is the story of survival and the preservation of culture and national identity. The organization works closely with the Central Tibetan Administration (CTA) departments of Finance, Health, Education, Home, and Religion and Culture in Dharamsala, India to implement programs for the more than 120,000 refugees living in settlements and scattered communities in India, Nepal, and Bhutan. As Tibetans continue to escape from Tibet and join the exile community, the resources of the already overcrowded settlement system are being stretched to the limit. Employment opportunities in the settlements are scarce, forcing families to leave their homes for months at a time to seek alternative sources of income. Out of concern for the long-term sustainability of the exile community, The Tibet Fund is working to support programs that will strengthen the refugeesâ€™ economic prospects and promote community cohesiveness. The Tibet Fund has administered a major annual grant from the US Department of State Bureau of Population, Refugees and Migration for humanitarian aid since 1991 and a State Department-funded Tibetan Scholarship Program (TSP) since 1989. The TSP has enabled 380 Tibetan students to study in some of the best American universities and colleges and return to serve the exile community as officials in the CTA, and as educators, health workers, business leaders and heads of local community-based organizations. Both of these grant programs are having a significant impact on the refugeesâ€™ ability to thrive and create a resettlement model that is heralded as an outstanding example for other populations facing long-term displacement from their homelands. In addition, with the support of many individuals and foundations, The Tibet Fund has funded numerous infrastructure and training projects â€” housing, computer labs, solar energy, agriculture and irrigation, and sanitation â€” over the years that have improved conditions and upgraded the technological resources and professional skills in the settlements and schools. In 1994, The Tibet Fund initiated the Tibet Assistance Program to address the unmet health, educational and economic development needs of Tibetans in Tibet. Working with international and Tibetan grassroots organizations, it supports orphanages, eye clinics and remote eye camps, provide emergency relief for natural disasters and promote cultural and educational programs that are greatly improving the quality of life of thousands of marginalized Tibetans. The Tibet Fund offers scholarships for college-bound Tibetan youth who lack the resources to pursue higher education in Tibet and it has administered an English language and professional training program in Tibet and the US with support from the US Department of State.

Related Links of The Tibet Fund

Scholarships for students in United States of America (USA) 2023