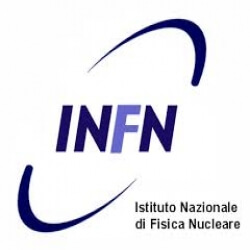 The Istituto Nazionale di Fisica Nucleare (INFN) (National Institute for Nuclear Physics) is the coordinating institution for nuclear, particle and astroparticle physics in Italy. It was founded on 8 August 1951, to further the nuclear physics research tradition initiated by Enrico Fermi in Rome, in the 1930s. The INFN collaborates with CERN, Fermilab and various other laboratories in the world. In recent years it has provided important contributions to Grid computing. During the latter half of the 1950s, the INFN designed and constructed the first Italian acceleratorâ€”the electron synchrotron developed in Frascati. In the early 1960s, it also constructed in Frascati the first ever electron-positron collider (ADA - Anello Di Accumulazione), under the scientific leadership of Bruno Touschek. In 1968, the Frascati began operating ADONE (big AdA), which was the first high-energy particle collider, having a beam energy of 1.5 GeV. During the same period, the INFN began to participate in research into the construction and use of ever-more powerful accelerators being conducted at CERN. The INFN has Sezioni (Sections) in most major Italian universities, and 4 National Laboratories. It has personnel of its own, but it is mostly the main funding agency for high-energy physics in Italy. University personnel can be affiliated with INFN and receive from it research grants.