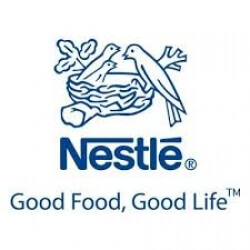 Open to students from South Africa

The NFT Bursary scheme is offered to Nestlé’s employee’s children and external applicants based on the screening criteria. The aim of this bursary is to ensure a steady supply of skilled talent to meet Nestlé’s future talent needs and to address the skills shortage within the South African context. This bursary programme provides for the support of South African students to study at an accredited South African tertiary institution up to an undergraduate level depending on the duration of the qualification.

Source : Nestle
Disclaimer: All Content, Logo and Company names are registered trademarks of their respective holders. Use of them does not imply any affiliation with or endorsement by them.
Report inaccuracy in this page

NestlÃ© S.A. (French pronunciation: â€‹[nÉ›sle]; English /ËˆnÉ›sleÉª/, /ËˆnÉ›sÉ™l/, /ËˆnÉ›sli/) is a Swiss transnational food and beverage company headquartered in Vevey, Switzerland. It is the largest food company in the world measured by revenues, and ranked #72 on the Fortune Global 500 in 2014. NestlÃ©â€™s products include baby food, bottled water, breakfast cereals, coffee and tea, confectionery, dairy products, ice cream, frozen food, pet foods, and snacks. Twenty-nine of NestlÃ©â€™s brands have annual sales of over CHF1 billion (about US$1.1 billion), including Nespresso, NescafÃ©, Kit Kat, Smarties, Nesquik, Stoufferâ€™s, Vittel, and Maggi. NestlÃ© has 447 factories, operates in 194 countries, and employs around 339,000 people. It is one of the main shareholders of Lâ€™Oreal, the worldâ€™s largest cosmetics company. NestlÃ© was formed in 1905 by the merger of the Anglo-Swiss Milk Company, established in 1866 by brothers George Page and Charles Page, and Farine LactÃ©e Henri NestlÃ©, founded in 1866 by Henri NestlÃ© (born Heinrich Nestle). The company grew significantly during the First World War and again following the Second World War, expanding its offerings beyond its early condensed milk and infant formula products. The company has made a number of corporate acquisitions, including Crosse & Blackwell in 1950, Findus in 1963, Libby's in 1971, Rowntree Mackintosh in 1988, and Gerber in 2007. NestlÃ© has a primary listing on the SIX Swiss Exchange and is a constituent of the Swiss Market Index. It has a secondary listing on Euronext. In 2011, NestlÃ© was listed No. 1 in the Fortune Global 500 as the worldâ€™s most profitable corporation. With a market capitalisation of US$239.6 billion, NestlÃ© ranked No. 11 in the FT Global 500 2014.

Scholarships for students in South Africa 2022