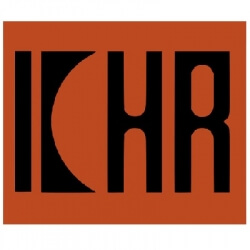 The Indian Council of Historical Research (ICHR) is an autonomous body of the Ministry of Human Resource Development that provides assistance and direction to Historical Research and disburses funds for carrying out research to Indian and Foreign Scholars on their specific applications for Fellowships, Grants, symposia etc. The source of the Funds, at the disposal of the ICHR is Grants-in- Aid received from the Department of Higher Education in the Ministry of Human Resource Development, Grants-in- Aid from various Indian States, private donations from individuals and other Countries and also from the proceeds of revenues from the sale of Publications of the ICHR. The ICHR maintains a Corpus of Funds which has been continued to be deposited with UCO Bank at Ferozeshah Road, New Delhi. Based in Delhi with Regional Centers in Bangaluru (Karnataka) and Gowahati (Assam), the Indian Council for Historical Research was established in 1972 by an Administrative Order of the then Ministry of Education of Government of India. The Regional Centers of the ICHR at Bangaluru was established by the Director, ICHR , Dr Sushil Kumar who had joined the Institution while serving in the Defence Services at Bangalore. ""The Indian Council For Historical Research"" was registered under the Societies Registration Act of 1860 with the Department of Industries of Delhi Government, Delhi in 1972. Over a period of time the academic body has become an Institution of International significance. The Government of India has entered in to Cultural Exchange Programmes with many Countries of the World for exchange of Scholars. The ICHR was formed as a Literary and Charitable Society, a fully funded Autonomous Body of the Ministry of Education with the historians R.S.Sharma the then Head Department of History, Delhi University, nominated as its first chairman,ICHR, Satish Chandra, J.S. Garewal and M.N. Prasad, the then the Director of the National Archives of India at the helms. The present Chairman of ICHR Professor Sudershan Rao is an eminent Historian. Some of the notable Historian members/functionaries of the Indian Council have been Irfan Habib, Sushil Kumar (scholar), Tapan Raychaudhuri, and Barun De.