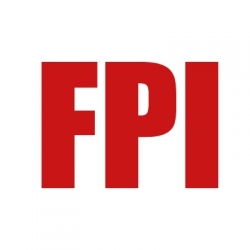 Over the past couple years, much ink has been spilled on how women need to speak up and “lean in.” Much of the conversation has focused on media representation — a still volatile battleground for gender parity. According to the Op-Ed Project, in 2011, women authored only 19 percent of op-eds in the Wall Street Journal, 22 percent in the New York Times and 24 percent in the Los Angeles Times. Another way to look at the status quo: a woman over 65 is less likely to be cited as an expert in the media as a boy in the 13 to 18 age group. A report by the Women’s Media Center found that on the front page of The New York Times, men were quoted three times more often than women.

In collaboration with Media Matters for America, we conducted an analysis of foreign policy guests on major news programs. The results read like a time capsule from the 1950s: In 2014, women made up just 22 percent of guests. Of trained experts networks call upon, they are even less than that. If you see a woman on cable news talking about foreign affairs or national security, she’s likely a reporter or news personality, not a trained expert or a diplomat.