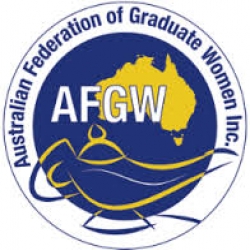 The International Federation of University women was founded in 1919 after World War I by women graduates who believed in the importance of working together for peace, international understanding and friendship. The women believed that, through their university education, they had developed the skills and knowledge to contribute to the betterment of society.

In December 2009, as a result of a motion passed at the IFUW Triennial Conference in Manchester, and in recognition of a change in its membership criteria to include graduates from all Institutions of Higher Education, with an undergraduate degree or its equivalent from any university or institution of higher education, the Australian Federation of University Women changed its name to become the Australian Federation of Graduate Women (AFGW).