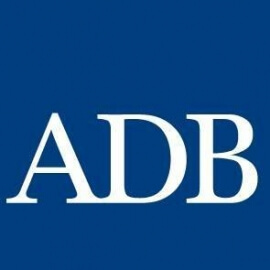 The Asian Development Bank (ADB) is a regional development bank established on 22 August 1966 which is headquartered in Metro Manila, Philippines, to facilitate economic development in Asia. The bank admits the members of the United Nations Economic and Social Commission for Asia and the Pacific (UNESCAP, formerly the Economic Commission for Asia and the Far East or ECAFE) and non-regional developed countries. From 31 members at its establishment, ADB now has 67 members, of which 48 are from within Asia and the Pacific and 19 outside. The ADB was modeled closely on the World Bank, and has a similar weighted voting system where votes are distributed in proportion with members' capital subscriptions. Since 2014, ADB releases annual report of Creative Productivity Index and comparatively includes Finland and United States for the list of Asia-Pacific members. At the end of 2013, Japan holds the largest proportion of shares at 15.67%. The United States holds 15.56%, China holds 6.47%, India holds 6.36%, and Australia holds 5.81%.