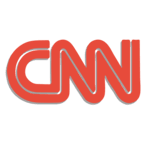 The Cable News Network (CNN) is an American basic cable and satellite television channel that is owned by the Turner Broadcasting System division of Time Warner.[1] It was founded in 1980 by American media proprietor Ted Turner as a 24-hour cable news channel;[2][3] however, by April 2016, a CNN executive officially described the channel as "no longer a TV news network" and instead as "a 24-hour global multiplatform network."[4] Upon its launch, CNN was the first television channel to provide 24-hour news coverage,[5] and was the first all-news television channel in the United States.[6]