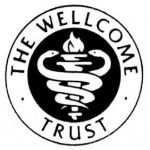 The Wellcome Trust is a biomedical research charity based in London, United Kingdom. It was established in 1936 with legacies from the pharmaceutical magnate Sir Henry Wellcome to fund research to improve human and animal health. The aim of the Trust is to "achieve extraordinary improvements in health by supporting the brightest minds", and in addition to funding biomedical research it supports the public understanding of science. It has an endowment of around Â£18 billion. The Trust has been described by the Financial Times as the United Kingdom's largest provider of non-governmental funding for scientific research and one of the largest providers in the world. In the field of medical research, it is the world's second-largest private funder after the Bill & Melinda Gates Foundation.