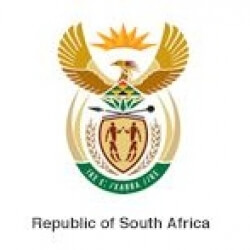 The Republic of South Africa is a constitutional democracy with three-tier system of government and an independent judiciary, operating in a parliamentary system. Legislative authority is held by the Parliament of South Africa. Executive authority is vested in the President of South Africa who is head of state and head of government, and his Cabinet. The President is elected from the Parliament to serve a fixed term. South Africa's government differs greatly from those of other Commonwealth nations. The national, provincial and local levels of government all have legislative and executive authority in their own spheres, and are defined in the South African Constitution as "distinctive, interdependent and interrelated". Operating at both national and provincial levels ("spheres") are advisory bodies drawn from South Africa's traditional leaders. It is a stated intention in the Constitution that the country be run on a system of co-operative governance. The national government is composed of three inter-connected branches: Legislative: Parliament, consisting of the National Assembly and the National Council of Provinces Executive: The President, who is both Head of State and Head of Government Judicial: The Constitutional Court, the Supreme Court of Appeal, and the High Court All bodies of the South African government are subject to the rule of the Constitution, which is the supreme law in South Africa.