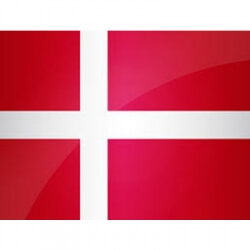 The politics of Denmark function within a framework of a parliamentary, representative democracy. The Kingdom of Denmark is a constitutional monarchy, in which the Monarch, currently Queen Margrethe II, is head of state. Executive power is exercised by the Cabinet government (regeringen), presided over by the Prime Minister (statsminister) who is first among equals. Legislative power is vested in both the executive and the national parliament (Folketinget). The Judiciary is independent, officially appointed by the monarch and employed until retirement. Denmark has a multi-party system, with two strong parties, and four or five other significant parties. No single party has held an absolute majority in the Folketing since the beginning of the 20th century, and no single party has formed a government alone since 1982. Since only four post-war coalition governments have enjoyed a majority, government bills rarely become law without negotiations and compromise with both supporting and opposition parties. Hence the Folketing tends to be more powerful than legislatures in other EU countries. The Constitution does not grant the judiciary power of judicial review of legislation, however the courts have asserted this power with the consent of the other branches of government. Since there are no constitutional or administrative courts, the Supreme Court deals with a constitutional dimension. On many issues the political parties tend to opt in for a co-operation, and the Danish state welfare model receives a broad parliamentary support. This ensures a focus on public-sector efficiency as well as devolved responsibilities of local government on regional and municipal levels. The degree of transparency and accountability is reflected in the public's high level of satisfaction with the political institutions, while Denmark is also regularly considered one of the least corrupt countries in the world by international organizations.