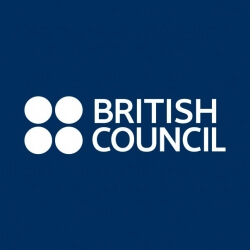 The British Council is a British organisation specialising in international educational and cultural opportunities. It is registered as a charity both in England and Wales and Scotland. Founded in 1934 as the British Committee for Relations with Other Countries, and granted a royal charter by King George VI in 1940, the British Council was inspired by Sir Reginald ("Rex") Leeper's recognition of the importance of "cultural propaganda" in promoting British interests. Its "sponsoring department" within the United Kingdom Government is the Foreign and Commonwealth Office, although it has day-to-day operational independence. Sir CiarÃ¡n Devane is its chief executive; he was appointed in July 2014 from Macmillan Cancer and replaced Sir Martin Davidson in January 2015.

Scholarship To Finish Off My Studies In Germany, Online Studies

i hope I find you well. I would like to enquire if I can get a scholarship to complete my online Mas...

General Question .. On Scholarship Scheme For Those That Are Willing To Study.

Is their any other body for this scholarship scheme , i can also contract because of it.