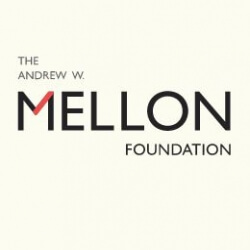 The Andrew W. Mellon Foundation of New York City in the United States, is a private foundation with five core areas of interest, endowed with wealth accumulated by Andrew W. Mellon of the Mellon family of Pittsburgh, Pennsylvania. It is the product of the 1969 merger of the Avalon Foundation and the Old Dominion Foundation. These foundations were set up separately by Paul Mellon and Ailsa Mellon-Bruce, the children of Andrew W. Mellon. It is housed in the expanded former offices of the Bollingen Foundation in New York City, another educational philanthropy supported by Paul Mellon. Earl Lewis is the Foundation's president. His predecessors have included Don Randel, William G. Bowen, John Edward Sawyer and Nathan Pusey. Lewis is the former Provost of Emory University. In 2004, the Foundation was awarded the National Medal of Arts.