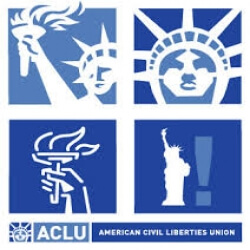 The American Civil Liberties Union (ACLU) is a nonpartisan, non-profit organization whose stated mission is "to defend and preserve the individual rights and liberties guaranteed to every person in this country by the Constitution and laws of the United States." It works through litigation, lobbying, and community empowerment. Founded in 1920 by Roger Baldwin, Crystal Eastman, Walter Nelles, Morris Ernst, Albert DeSilver, Arthur Garfield Hays, Helen Keller, Jane Addams, Felix Frankfurter, and Elizabeth Gurley Flynn, the ACLU has over 500,000 members and has an annual budget of over $100 million. Local affiliates of the ACLU are active in all 50 states and Puerto Rico. The ACLU provides legal assistance in cases when it considers civil liberties to be at risk. Legal support from the ACLU can take the form of direct legal representation, or preparation of amicus curiae briefs expressing legal arguments (when another law firm is already providing representation). When the ACLU was founded in 1920, its focus was on freedom of speech, primarily for anti-war protesters. During the 1920s, the ACLU expanded its scope to include protecting the free speech rights of artists and striking workers, and working with the National Association for the Advancement of Colored People (NAACP) to decrease racism and discrimination. During the 1930s, the ACLU started to engage in work combating police misconduct and for Native American rights. Most of the ACLU's cases came from the Communist party and Jehovah's Witnesses. In 1940, the ACLU leadership was caught up in the Red Scare, and voted to exclude Communists from its leadership positions. During World War II, the ACLU defended Japanese-American citizens, unsuccessfully trying to prevent their forcible relocation to internment camps. During the Cold War, the ACLU headquarters was dominated by anti-communists, but many local affiliates defended members of the Communist Party. By 1964, membership had risen to 80,000, and the ACLU participated in efforts to expand civil liberties. In the 1960s, the ACLU continued its decades-long effort to enforce separation of church and state. It defended several anti-war activists during the Vietnam War. The ACLU was involved in the Miranda case, which addressed misconduct by police during interrogations; and in the New York Times case, which established new protections for newspapers reporting on government activities. In the 1970s and 1980s, the ACLU ventured into new legal areas, defending homosexuals, students, prisoners, and the poor. In the twenty-first century, the ACLU has fought the teaching of creationism in public schools and challenged some provisions of anti-terrorism legislation as infringing on privacy and civil liberties. In addition to representing persons and organizations in lawsuits, the ACLU lobbies for policies that have been established by its board of directors. Current positions of the ACLU include: opposing the death penalty; supporting same-sex marriage and the right of gays to adopt; supporting birth control and abortion rights; eliminating discrimination against women, minorities, and LGBT people; supporting the rights of prisoners and opposing torture; and opposing government preference for religion over non-religion, or for particular faiths over others. Legally, the ACLU consists of two separate but closely affiliated nonprofit organizations: the American Civil Liberties Union, a 501(c)(4) social welfare group, and the ACLU Foundation, a 501(c)(3) public charity. Both organizations engage in civil rights litigation, advocacy, and education, but only donations to the 501(c)(3) foundation are tax deductible, and only the 501(c)(4) group can engage in unlimited political lobbying. The two organizations share office space and employees.