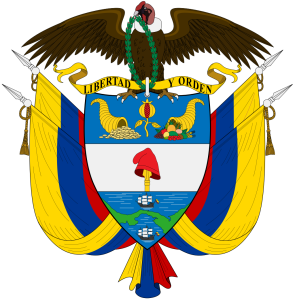 The Government of Colombia is a republic with separation of powers into executive, judicial and legislative branches. Its legislature has a Congress, its judiciary has a supreme court, and its executive branch has a president.

The citizens of Colombia cast votes concerning their government, and they employ a public sector office for an inspector general to oversee the public interface of the government. This safeguards the public, and guarantee the human rights spelled out in the Constitution of 1991, which provides the framework for a welfare state and a unitary republic.

Colombia has "control institutions" that mixes government and public officials, who work alongside one another. For example, the public's inspector general works closely with the government's controller general whose job it is to ensure governmental fiscal responsibility. An independent Ombudsman deals with maladministration complaints and functions as the national human rights institution.