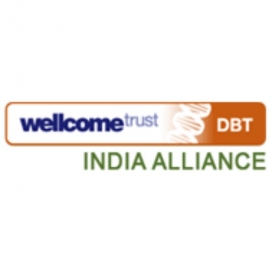 Â The Wellcome Trust/DBT India Alliance (IA; India Alliance) was officially launched on 9 September 2008 and registered as a charitable trust in India. The organisation is an equal partnership between the Wellcome Trust (UK) and the Department of Biotechnology (Government of India).
Â
The Wellcome Trust Â is a global charity dedicated to improving health by supporting bright minds in science, the humanities and social sciences, and public engagement. The Trustâ€™s breadth of support includes public engagement, education and the application of research to improve health. It is independent of both political and commercial interests. The India Alliance is its first venture internationally where it has partnered with the Government to build capacity not only by providing funding for science but also by training a Grants unit that follows internationally recognised processes.
Â
The Department of Biotechnology (DBT), Â under the Ministry of Science and Technology, was formed in 1986, giving a new impetus to the development of the field of modern biology and biotechnology in India. It has made a significant impact on the growth and application of biotechnology in the broad areas of agriculture, healthcare, animal sciences, environment and industry. Given the large breadth of activities and intimate involvement with the nationâ€™s effort to build capacity in human resources and infrastructure the DBT greatly strengthens the IAâ€™s capacity.
Â
Together, this partnership is aimed at promoting biomedical research in India through funding and engagement.

Scholarships for a bachelor in neuroscience, international student

Hi i am currently an first year international student at University of lethbridge,  doing my Bachel...