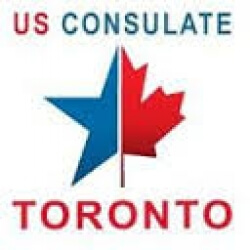 he United States has maintained an official presence in Canada since 1833 when it opened its first Consulate in Halifax, Nova Scotia. During the next forty years, a dozen similar missions were opened across British North America, including a consular agency headed by William Patrick at Ottawa in 1866. More than sixty years passed before Canadian accession to full sovereignty within the British Commonwealth opened the way to formal diplomatic relations between the two countries. William Phillips was appointed as the first U.S. Minister to Canada in 1927. In recognition of Canada\'s increasingly independent foreign policy and with a view to increased wartime cooperation, the U.S. delegation in Ottawa was upgraded to an embassy in 1943.