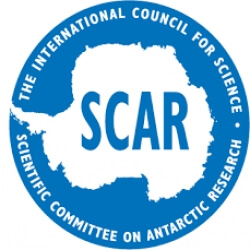 The Scientific Committee on Antarctic Research (SCAR) is an interdisciplinary body of the International Council for Science (ICSU). It was established in February 1958 to continue the international coordination of Antarctic scientific activities that had begun during the International Geophysical Year of 1957-58. SCAR is charged with the initiating, developing and coordinating scientific research in the Antarctic region. The scientific business of SCAR is conducted by its Standing Scientific Groups. SCAR also provides scientific advice to the Antarctic Treaty Consultative Meetings and other organizations on issues of science and conservation affecting the management of Antarctica and the Southern Ocean. In that role, SCAR has made numerous recommendations on a variety of matters, very few of which have been incorporated into Antarctic Treaty instruments. SCAR meets every two years to conduct its administrative business at the SCAR Delegates Meeting. An Executive Committee elected from the delegates is responsible for the day-to-day administration of SCAR though its Secretariat at the Scott Polar Research Institute in Cambridge, England. The Executive Committee comprises the President and four Vice-Presidents. The SCAR Secretariat is staffed by the Executive Director, Executive Officer and an administrative assistant. SCAR also holds, prior to the Delegates Meeting, a major Open Science Conference to draw attention to Antarctic issues, along with meetings of the Standing Scientific Groups that are designed to finalise the Science Programmes for eventual approval by the Delegates. In 2002 they received the prestigious Prince of Asturias Award for International Cooperation.

Share about The Scientific Committee on Antarctic Research (SCAR)