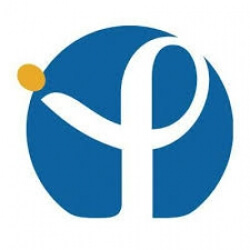 The Pasteur Institute (French: Institut Pasteur) is a French non-profit private foundation dedicated to the study of biology, micro-organisms, diseases, and vaccines. It is named after Louis Pasteur, who made some of the greatest breakthroughs in modern medicine at the time, including pasteurization and vaccines for anthrax bacillus and rabies virus. The institute was founded on June 4, 1887, and inaugurated on November 14, 1888. For over a century, the Institut Pasteur has been at the forefront of the battle against infectious disease. This worldwide biomedical research organization based in Paris was the first to isolate HIV, the virus that causes AIDS, in 1983. Over the years, it has been responsible for breakthrough discoveries that have enabled medical science to control such virulent diseases as diphtheria, tetanus, tuberculosis, poliomyelitis, influenza, yellow fever, and plague. Since 1908, eight Pasteur Institute scientists have been awarded the Nobel Prize for medicine and physiology, and the 2008 Nobel Prize in Physiology or Medicine was shared between two Pasteur scientists.