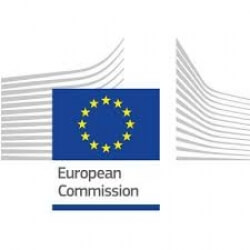 The European Commission (EC) is the executive body of the European Union responsible for proposing legislation, implementing decisions, upholding the EU treaties and managing the day-to-day business of the EU. Commissioners swear an oath at the European Court of Justice in Luxembourg, pledging to respect the treaties and to be completely independent in carrying out their duties during their mandate. The Commission operates as a cabinet government, with 28 members of the Commission (informally known as "commissioners"). There is one member per member state, though members are bound to represent the interests of the EU as a whole rather than their home state. One of the 28 is the Commission President (currently Jean-Claude Juncker) proposed by the European Council and elected by the European Parliament. The Council then appoints the other 27 members of the Commission in agreement with the nominated President, and the 28 members as a single body are then subject to a vote of approval by the European Parliament. The current Commission is the Juncker Commission, which took office in late 2014. The term commission is used either in the narrow sense of the 28-member College of Commissioners (or College) or to also include the administrative body of about 23,000 European civil servants who are split into departments called Directorates-General and Services. The usual procedural languages of the Commission are English, French and German. The Members of the Commission and their "cabinets" (immediate teams) are based in the Berlaymont building in Brussels.

I have done bds. I want to ask may i take admission in masters program through this scholarship?  ...

Want To Know Of Masters Portfolio For Business Analytics. I Am Currently Working As Accounts Manager At Dell. Previously Worked As Technician And Tech

I am currently working as Accounts Manager at Dell. Previously worked as Technician and technical su...