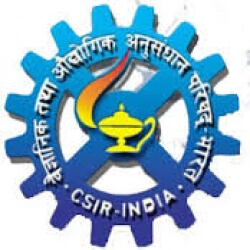 Council of Scientific and Industrial Research (CSIR) established in 1942, is an autonomous body and India's largest research and development (R&D) organisation, with 37 laboratories and 39 field stations or extension centres spread across the nation, with a collective staff of over 17,000. Although CSIR is mainly funded by the Ministry of Science and Technology, it operates as an autonomous body registered under the Registration of Societies Act of 1860. The research and development activities of CSIR includes various fields such as aerospace engineering, Structural engineering, ocean sciences, Life sciences, metallurgy, chemicals, mining, food, petroleum, leather, and environment. In December 2006, Director General Raghunath A. Mashelkar, retired following which M. K. Bhan took over the post, but he was relieved on 7 March 2007. After that T. Ramasami had the additional charge of Director General of CSIR until Samir K. Brahmachari was appointed as the Director General on 13 November 2007. In late 2007, the Minister of Science and Technology, Kapil Sibal admitted, in a Question Hour session of the Parliament, that CSIR has developed 1,376 technologies/knowledgebase during the last decade of 20th century.

Scholar Ships For Pharm .d Students In India Without Their Income Limit ???

Can we get merit scholarship for Pharm D students in CSIR