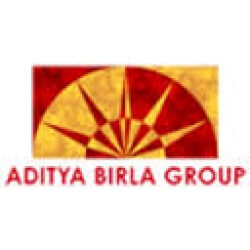 The Aditya Birla Group is a multinational conglomerate named after Aditya Vikram Birla, headquartered in the Aditya Birla Centre in Worli, Mumbai, India. It operates in 40 countries with more than 120,000 employees worldwide. The group was founded by Seth Shiv Narayan Birla in 1857. The group interests in sectors such as viscose staple fibre, metals, cement (largest in India), viscose filament yarn, branded apparel, carbon black, chemicals, fertilisers, insulators, financial services, telecom (third largest in India), BPO and IT services. The group had a revenue of approximately US$45 billion in year 2014. With a gross revenue of USD 45 billion (in 2014) it is the third-largest Indian private sector conglomerate behind Tata Group with revenue of just over US$100 billion and RIL with revenue of US$74 billion.