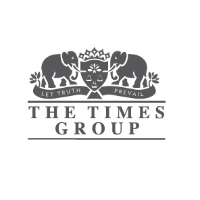 The Times is a British daily (Monday to Saturday) national newspaper based in London, England. It began in 1785 under the title The Daily Universal Register, adopting its current name on 1 January 1788. The Times and its sister paper The Sunday Times (founded in 1821) are published by Times Newspapers, since 1981 a subsidiary of News UK, itself wholly owned by News Corp. The Times and The Sunday Times do not share editorial staff, were founded independently and have only had common ownership since 1967.