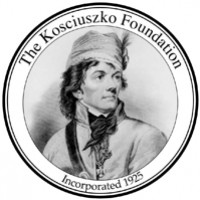 Kosciuszko Foundation is a charitable foundation based in New York City. It was created by Stephen Mizwa to fund programs that promote Polish-American intellectual and artistic exchange. The Polish American Scholarship Committee was established in 1923 by Dr. Stephen Mizwa to bring students to universities in the United States. Mizwa worked with the president of Vassar College, Henry Noble MacCracken, who had visited Poland. The two expanded the Scholarship Committee's mission to promote cultural and educational exchanges between the United States and Poland. In December 1925, the Scholarship Committee changed into the new Kosciuszko Foundation.