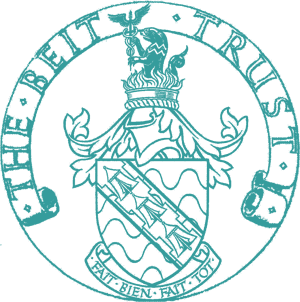 The Trust was established in 1906 by the Will of Alfred Beit, a financier and director of the British South Africa Company. He had many interests, including the development of the railway system in what was then Rhodesia. In 1903 he suffered a stroke near Salisbury, and died in England on 16 July 1906 at the age of 53, leaving much of his fortune to a wide range of charitable causes. During his lifetime, Alfred Beit saw that Northern and Southern Rhodesia (now Zambia and Zimbabwe) and their adjacent territories would for some time be too poor either to raise their own capital or to attract sufficient private capital at an early stage of development.