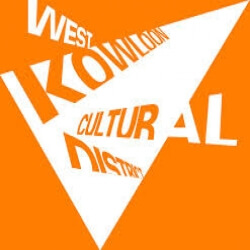 The West Kowloon Cultural District (WKCD) is a development project that aims to form an international-grade arts and culture hub on an area of land in West Kowloon, Hong Kong that was originally reclaimed in the 1990s as part of the Airport Core Programme. Located at the wedge-shaped waterfront reclaimed land west of Yau Ma Tei, the district will feature a new museum of visual culture, numerous theatres, concert halls and other performance venues under the management of the West Kowloon Cultural District Authority, which is directly financed by the government with an upfront endowment of HK$21.6 billion for construction and operation. The West Kowloon Cultural District is the largest arts and cultural project in Hong Kong to date. Comprising 40 hectares, the district will include 17 core arts and cultural venues as well as space for arts education. This includes a flagship museum of contemporary visual culture, M+ Museum, designed by TFP Farrells and Herzog & de Meuron. WKCD will be developed in two phases with construction having already commenced. Although the hardware has yet to be completed, the West Kowloon Cultural District Authority has started its software development. Its first culture event is the West Kowloon Bamboo Theatre at the future site of Xiqu Centre in 2012. â€œMobile M+: Yau Ma Teiâ€, a contemporary art exhibition is the second program held by the Authority, which is the first in a series of pre-opening â€œnomadicâ€ exhibition curated by M+ before the completion of the museum building in 2017. The early proposal of the project was overturned in 2006 due to doubts on financing models, criticism of property developer involvement, lack of planning, and criticism of the design by Foster and Partners that included an expensive canopy structure. As the project returned to track in 2006, the Hong Kong government established the Consultative Committees to formulate a Recommendation Report to decide what facilities to offer and how they would be managed in the WKCD. In 2007, a three-month public consultation were being carried out again and the early stages were completed in December 2007 to decide what facilities to offer and how they would be managed. The project was first proposed to attract tourists to Hong Kong, but the focus of discussion thereafter has turned to the benefits for the local residents, both intellectually and economically. In early 2011, it was expected that the first phase of the project will open from 2015, and the second phase from 2026.