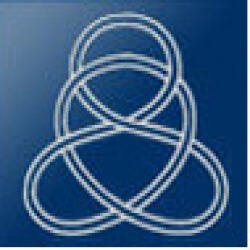 The Miller Institute for Basic Research in Science, University of California

The Miller Institute for Basic Research in Science was established on the University of California, Berkeley campus in 1955 after Adolph C. Miller and his wife, Mary Sprague Miller, made a donation to the University. It was their wish that the donation be used to establish an institute â€œdedicated to the encouragement of creative thought and conduct of pure science.â€ The Miller Institute sponsors Miller Research Professors, Visiting Miller Professors and Miller Research Fellows. The first appointments of Miller Professors were made in January 1957. In 2008 the Institute created the Miller Senior Fellow program. This program is aimed differently, but is still within the Institute's general purpose of supporting excellence in science at UC Berkeley. The Senior Fellow advances that goal by providing selected faculty with significant discretionary research funds as recognition of distinction in scientific research. The first 5-year award went to Professor Randy Schekman, illustrating the high standard of the Senior Fellows. The 2010 Miller Senior Fellow, Saul Perlmutter, was awarded the Nobel Prize in Physics in 2011. He shares the prize with former Miller Fellow Adam Riess (MF 1996-98) and Brian Schmidt. Randy Schekman was awarded the Nobel Prize in Physiology or Medicine in 2013.

Share about The Miller Institute for Basic Research in Science, University of California