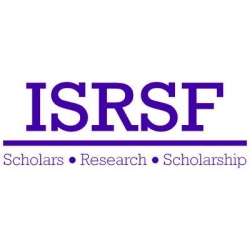 ISRSF was established in 2012 by Indonesian and American scholars. The Foundation’s overriding objective is to cultivate a new generation of first-rate scholars in and for Indonesia and to continue the support of scholars and scholarship for decades to come. Many Indonesians have obtained doctoral degrees at home and overseas in recent decades, but very few of them are actively pursuing careers devoted to scholarship. Ironically, an increase in the number of Indonesians with doctorates has not automatically resulted in more scholars and scholarship. Many Indonesians with doctoral degrees are absorbed by government bureaucracy, political institutions, businesses, media and NGOs that prevent them from being scholars, producing scholarship, and generating a new generation of full-time academics. Moreover, the intellectual habitat at many Indonesian universities is not conducive for scholars.

The important educational work of ISRSF is made possible by generous donations from corporations and foundations. ISRSF is fully independent, non-profit organization that bases its awards strictly on merit and the academic potential of applicants.

Share about The Indonesian Scholarship and Research Support Foundation (ISRSF)