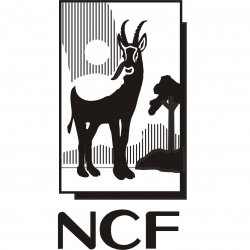 The Nigerian Conservation Foundation is a prominent environmental non-governmental organization which works to preserve the natural resources and biodiversity of Nigeria. The Foundation was founded in 1980 by Shafi Edu and has worked since then on a number of resource management and conservation projects across Nigeria. General Mobolaji Johnson (ret) is the current Chairman of the Foundation and Professor Emmanuel Obot is its Executive Director. One of the founders was Akintola Williams. The Akintola Williams Arboretum at the Nigerian Conservation Foundation headquarters in Lagos is named in his honor. The Foundation's is involved in conservation efforts on a number of fronts. It engages in lobbying work both at the national and state levels. It also has a number of educational initiatives both to raise awareness of environmental issues in Nigeria and to encourage sustainable practices. It works with higher education, primary and secondary schools, and with the general public through local initiatives in target areas. It's scientific staff is engaged in research and management plans in reserves, parks, and wildlife habitats across the country. It also advises industry on sustainable development and environmental impacts for their projects in Nigeria. The foundation also promotes environmental tourism with the goal of expanding awareness of Nigeria's natural resources and also creating economic incentives for continued and expanded preservation. The NCF has partnerships with a number of international environmental groups including the World Wildlife Fund, the International Union for the Conservation of Nature, BirdLife International, Wetlands International, Fauna and Flora International, and the Wildlife Conservation Society. It has also partnered with several industry groups including Chevron and BG Group on issues involving Nigeria's growing oil and gas industry. The NCF established Lekki Conservation Centre in 1990. In 1992, the NCF was recognized by the UN Environmental Program, which added it to its Global 500 Roll of Honour, a group of individuals and organizations making important contributions to the environment.