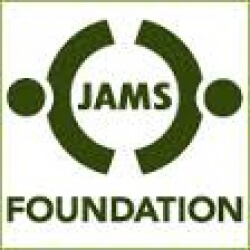 JAMS, formerly known as Judicial Arbitration and Mediation Services, Inc. is a United States-based for-profit organization of alternative dispute resolution services, including mediation and arbitration. H. Warren Knight, a former California Superior Court judge, founded JAMS in 1979 in Santa Ana, California. A 1994 merger with Endispute of Washington, D.C. made JAMS into the largest private arbitration and mediation service in the country. It is one of the major arbitration administration organizations in the United States. As of 2014, JAMS has 28 resolution centers, including its headquarters in Irvine, California and centers in Toronto and London. JAMS administers a few hundred consumer arbitration cases per year. JAMS's Consumer Minimum Standards have been the subject of scholarly commentary. A policy promulgated by JAMS in 2004 that would have allowed for class arbitrations, even if the arbitration agreement did not allow them, and the subsequent retraction of that policy, were also the subject of controversy.

As i can see the post clearly mentions that law professors, judges, lawyers etc would be preferred b...