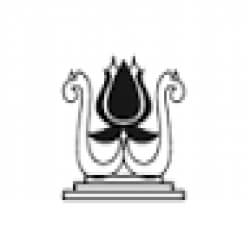 The Foundation was created by Mr. Indoo Shivdasani in 1976 and registered as a Charitable Trust in Liechtenstein in the same year. The Foundation was created to incorporate the existing philanthropic work of the founder, and to provide a permanent independent body for the expansion of these activities. The major objective of the Foundation is to identify exceptionally talented young Indian students and support them financially to develop their special skill and talents to the maximum. It achieves this by awarding scholarships to outstanding young students to continue their post-graduate study/research abroad. Over the last three decades, more than 350 scholars have benefited from these scholarships. The Foundation also operates a Take-Off-Grant Scheme, under which it grants scholarships and awards to gifted young Indians to carry on their work within the country. In addition, the Foundation has established links with premier institutions, like the IITs and FTII and awards scholarships to students in these institutions. The Foundation also awards scholarships in the area of Fine Arts, Music, Theatre, Film Studies and Sports within India. The Foundation has joint scholarships with the Royal College of Art(RCA), Imperial College, School of Oriental and Asian Studies in London,(SOAS), London Academy of Music and Dramatic Art ,(LAMDA), and with UNIDEE, Pistoletto Foundation, in Italy. Inlaks Foundation is managed by a Board of Trustees. All Indian operations and financial assistance are managed through the Inlaks India Foundation, set up according to the Indian financial regulations concerning charities operating in the country. The Inlaks Foundation has now been renamed as the Inlaks Shivdasani Foundation.