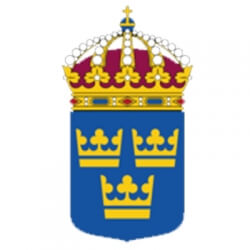 The Government of Sweden (Swedish: Sveriges regering) is the national cabinet and the supreme executive authority in Sweden. The short-form name Regeringen ("the Government") is used both in the Fundamental Laws of the Realm and in the vernacular, while the long-form is only used in international treaties. The Government operates as a collegial body with collective responsibility and consists of the Prime Minister â€” appointed and dismissed by the Speaker of the Riksdag (following an actual vote in the Riksdag before an appointment can be made) â€” and other cabinet ministers (Swedish: StatsrÃ¥d), appointed and dismissed at the sole discretion of the Prime Minister. The Government is responsible for its actions to the Riksdag. Following the adoption of the 1974 Instrument of Government on 1 January 1975 â€” the Government in its present constitutional form was constituted â€” and in consequence thereof the Swedish Monarch is no longer vested any nominal executive powers at all with respect to the governance of the Realm, but continues to serve as a strictly ceremonial head of state.