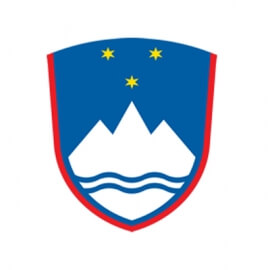 The Government of the Republic of Slovenia (Slovene: Vlada Republike Slovenije) exercises executive authority in Slovenia pursuant to the Constitution and the laws of Slovenia. It is also the highest administrative authority in Slovenia. The government carries out the countryâ€™s domestic and foreign policy, shaped by the National Assembly; it directs and co-ordinates the work of government institutions and bears full responsibility for everything occurring within the authority of executive power. The government, headed by the Prime Minister, thus represents the political leadership of the country and makes decisions in the name of the whole executive power. The following duties are attributed to the government: executes the domestic and foreign policies of the state; directs and co-ordinates the activities of government agencies; administers the implementation of laws, resolutions of the National Assembly, and legislation of the President of the Republic of Slovenia; introduces bills, and submits international treaties to the National Assembly for ratification and denunciation; prepares the draft of the state budget and submits it to the National Assembly, administers the implementation of the state budget and presents a report on the implementation of the state budget to the National Assembly; issues regulations and orders on the basis of and for the implementation of law; manages relations with other states; performs other duties which the Constitution and the laws vest in the Government of the Republic.