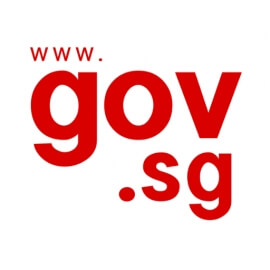 The Government of Singapore is defined by the Constitution of the Republic of Singapore to mean the Executive branch of government, which is made up of the President and the Cabinet of Singapore. Although the President acts in his personal discretion in the exercise of certain functions as a check on the Cabinet and Parliament of Singapore, his role is largely ceremonial. It is the Cabinet, composed of the Prime Minister and other Ministers appointed on his advice by the President, that generally directs and controls the Government. The Cabinet is formed by the political party that gains a simple majority in each general election. A statutory board is an autonomous agency of the Government that is established by an Act of Parliament and overseen by a government ministry. Unlike ministries and government departments that are subdivisions of ministries, statutory boards are not staffed by civil servants and have greater independence and flexibility in their operations. There are five Community Development Councils (CDCs) appointed by the board of management of the People's Association (PA) for districts in Singapore. Where there are not less than 150,000 residents in a district, the PA's board of management may designate the Chairman of a CDC to be the Mayor for the district that the CDC is appointed for. As it is the practice for MPs to be appointed as Chairmen of CDCs, these MPs have also been designated as Mayors. From the founding of modern Singapore in 1819 until 1826, Singapore was headed by two Residents in succession. Following Singapore's amalgamation into the Straits Settlements in 1826, it was governed by a Governor together with a Legislative Council. An Executive Council of the Straits Settlements was introduced in 1877 to advise the Governor but wielded no executive power. In 1955, a Council of Ministers was created, appointed by the Governor on the recommendation of the Leader of the House. Constitutional talks between Legislative Assembly representatives and the Colonial Office were held from 1956 to 1958, and Singapore gained full internal self-government in 1959. The Governor was replaced by the Yang di-Pertuan Negara, who had power to appoint to the post of Prime Minister the person most likely to command the authority of the Assembly, and other Ministers of the Cabinet on the Prime Minister's advice. In the 1959 general elections, the People's Action Party (PAP) swept to power with 43 out of the 51 seats in the Assembly, and Lee Kuan Yew became the first Prime Minister of Singapore. The executive branch of the Singapore Government remained unchanged following Singapore's merger with Malaysia in 1963, and subsequent independence in 1965. The PAP has been returned to power in every general election and has thus formed the Cabinet since 1959. The Government is generally perceived to be competent in managing the country's economy and largely free from political corruption. On the other hand, it has been criticized for using unfair election tactics and violating freedom of speech.

I Have Missed The Date To Apply For Moe Tuition Grant.

I am an international student who accepted the offer from NUS. What can I apply to get financial hel...