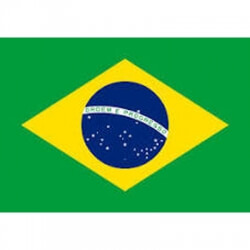 The Federal Government of Brazil, legally known as the Union (UniÃ£o), is the national central government of the Federative Republic of Brazil established by the Federal Constitution to share sovereignty over the national territory with the other federating units â€“ the States, the Federal District and the Municipalities. Brazil is a federal presidential constitutional republic, based on representative democracy. The federal government has three independent branches: executive, legislative, and judicial. Executive power is exercised by the executive branch, headed by the President, advised by a Cabinet. The President is both the head of state and the head of government. Legislative power is vested upon the National Congress, a two-chamber legislature comprising the Federal Senate and the Chamber of Deputies. Judicial power is exercised by the judiciary, consisting of the Supreme Federal Court, the Superior Court of Justice and other Superior Courts, the National Justice Council and the regional federal courts. The Federal Constitution is the supreme law of Brazil. It is the foundation and source of the legal authority underlying the existence of Brazil and the federal government. It provides the framework for the organization of the Brazilian government and for the relationship of the federal government to the states, to citizens, and to all people within Brazil. The seat of the federal government is located in BrasÃ­lia. This has led to "BrasÃ­lia" commonly being used as a metonym for the federal government of Brazil.