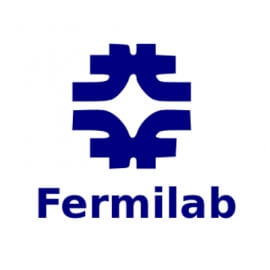 Fermi National Accelerator Laboratory (Fermilab), located just outside Batavia, Illinois, near Chicago, is a United States Department of Energy national laboratory specializing in high-energy particle physics. Since 2007, Fermilab has been operated by the Fermi Research Alliance, a joint venture of the University of Chicago, Illinois Institute of Technology and the Universities Research Association (URA). Fermilab is a part of the Illinois Technology and Research Corridor. Fermilab's Tevatron was a landmark particle accelerator; at 3.9 miles (6.3 km) in circumference, it was the world's second-largest energy particle accelerator (after CERN's Large Hadron Collider, which is 27 km in circumference), until it was shut down in 2011. In 1995, the discovery of the top quark was announced by researchers who used the Tevatron's CDF and DÃ˜ detectors. In addition to high-energy collider physics, Fermilab hosts smaller fixed-target and neutrino experiments, such as MiniBooNE and MicroBooNE (Mini Booster Neutrino Experiment and Micro Booster Neutrino Experiment), SciBooNE (SciBar Booster Neutrino Experiment) and MINOS (Main Injector Neutrino Oscillation Search). The MiniBooNE detector is a 40-foot (12 m) diameter sphere that contains 800 tons of mineral oil lined with 1,520 phototube detectors. An estimated 1 million neutrino events are recorded each year. SciBooNE is the newest neutrino experiment at Fermilab; it sits in the same neutrino beam as MiniBooNE but has fine-grained tracking capabilities. The MINOS experiment uses Fermilab's NuMI (Neutrinos at the Main Injector) beam, which is an intense beam of neutrinos that travels 455 miles (732 km) through the Earth to the Soudan Mine in Minnesota. In the public realm, Fermilab hosts many cultural events: not only public science lectures and symposia, but also classical and contemporary music concerts, folk dancing and arts galleries. The site is open from dawn to dusk to visitors who present valid photo identification. Asteroid 11998 Fermilab is named in honor of the laboratory.