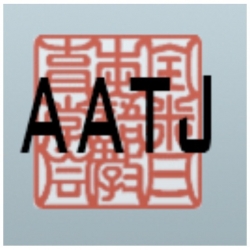 The American Association of Teachers of Japanese (AATJ) is an international, non-profit, non-political organization of teachers, scholars, and students of Japanese language, literature, and linguistics, which works to promote study of the Japanese language at all levels of instruction in the field and to broaden and deepen knowledge and appreciation of Japan and its culture.

In recent years, with the importance of Japan in the world economy and the worldwide influence of its media and popular culture, the importance of study of Japanese language, literature, and culture has been increasingly recognized. As more schools, colleges, and universities offer programs of study in these areas, the AATJ has assumed an increasingly important role through its conventions, its services and activities in public affairs, its involvement in policy decisions, and its advocacy at the national, state, and local level.

AATJ sponsors two conferences each year: an annual spring conference in conjunction with the annual meeting of the Association for Asian Studies (AAS)and serves as the Japanese-language co-sponsor of the annual November convention of the American Council on the Teaching of Foreign Languages (ACTFL). It publishes the internationally recognized research journal Japanese Language and Literature twice each year and the AATJ Newsletter four times annually.

Share about American Association of Teachers of Japanese (AATJ)