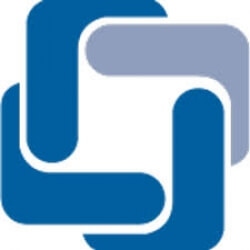 Novus Biologicals is a biotech company based in Littleton, Colorado, USA with offices in San Diego, California, Oakville, ON, Canada and the Cambridge Science Park in Cambridge, UK. The company develops, licenses and markets research materials to scientists in academic, corporate and government laboratories. Novus, like many others companies such as Abcam, Covance, Proteintech Group, EnCor Biotechnology and Millipore Corporation, arose to answer a call for research grade antibodies for the scientific market. Founded by Karen Padgett in 1996, Novus Biologicals has sought to partner with leading scientific researchers and third-party providers to develop an extensive range of more than 180,000 products. The main products are antibodies, proteins, peptides, RNAi, cell lysates, isotype controls, slides, and kits. Padgett is company president and CEO, and has been active both in the academic and local Colorado communities. In 2008, Novus became a limited liability company when Mainsail Partners invested in the company. Novus Biologicals has reported double digit revenue growth every year since its inception, has been selected six years in a row to the Inc. (magazine) 5000 fastest-growing private companies in America, and was on the 2009 list of Colorado Companies to Watch. In 2014 major antibody and reagent supplier Bio-Techne, acquired Novus Biologicals for $60 million. The acquisition was meant to provide scientists and doctors a broader selection of products in one location.

Get Information About Scholarships And Internships

i'm Lahiru from sri lanka.i am studying for my BSc general degree now and it will complete around ...