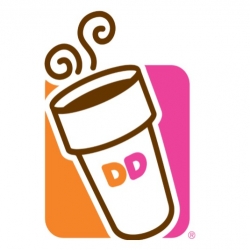 Dunkin' Donuts is an American global doughnut company and coffeehouse chain based in Canton, Massachusetts, in Greater Boston. It was founded in 1950 by William Rosenberg in Quincy, Massachusetts. Since its founding, the company has grown to become one of the largest coffee and baked goods chains in the world, with more than 11,300 restaurants in 36 countries. The chain's products include doughnuts, bagels, other baked goods, and a wide variety of hot and iced beverages. Before 1990, Dunkin' Donuts' primary competitor was Mister Donut, but in February of that year Mister Donut was acquired by Dunkin' Donuts' owner Allied-Lyons. After the acquisition of Mister Donut by Allied-Lyons, all Mister Donut stores in North America were offered the chance to change their name to Dunkin' Donuts. As of 2014, Dunkin' Donuts is owned by Dunkin' Brands Inc., which also owns Baskin-Robbins and previously owned the Togo's chain.