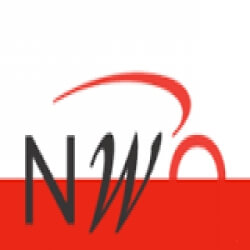 The Netherlands Organisation for Scientific Research

The Netherlands Organisation for Scientific Research (NWO Dutch: Nederlandse Organisatie voor Wetenschappelijk Onderzoek) is the national research council of the Netherlands. NWO funds thousands of top researchers at universities and institutes and steers the course of Dutch science by means of subsidies and research programmes. NWO promotes quality and innovation in science. NWO is an independent administrative body under the auspices of the Dutch Ministry of Education, Culture and Science. The organization receives about 400 million euros per year, of which approximately 300 million comes directly from the ministry. NWO directs the 300 million budget toward Dutch universities and institutes, often on a project basis. Also, the NWO has its own institutes. NWO was established in 1950 as Nederlandse Organisatie voor Zuiver-Wetenschappelijk Onderzoek (ZWO). This organization did not focus on applied research; the research organization TNO was established for that purpose. In 1988 ZWO was renamed as NWO and was given the broader mission. NWO is also known for the annual Spinoza Prizes, and the National Science Quiz for Dutch television. Jos Engelen, the former scientific director of CERN, is the president of NWO. Former NWO presidents include Peter Nijkamp.