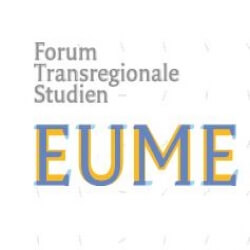 The Berlin-based Forum Transregionale Studien is a research organization that promotes the internationalization of research in the humanities and social sciences. The Forum provides scope for collaboration among researchers with different regional and disciplinary perspectives and appoints researchers from all over the world as Fellows. In cooperation with universities and research institutions in Berlin and the rest of Germany, it carries out research projects that examine other regions of the world and their relationship to Germany and Europe systematically and with new questions. The Forum is led by a four-member board of directors consisting of the African historian Andreas Eckert (Humboldt-UniversitÃ¤t zu Berlin), the Latin American scholar Marianne Braig (Freie UniversitÃ¤t Berlin), the historian Sebastian Conrad (Freie UniversitÃ¤t Berlin) and the Arabist Friederike Pannewick (Philipps-UniversitÃ¤t Marburg). The Forum Transregionale Studien was founded in the Fall of 2009 in the form of an association with its seat in Berlin. It began its work in 2010 by sponsoring research programs in the areas of philology, jurisprudence, and urban sociology. Since 2011 the Forum has headed up a program that researches the enmeshments that exist between Europe and the Middle East. In 2013 an art-history program was launched. The Forum is sponsored by the Senate Department for Economy, Technology and Research, and in the area of internationalization it cooperates with the Max Weber Foundation â€“ German Humanities Institutes Abroad. As of April 2013 the Federal Ministry of Education and Research (BMBF) has been supporting this cooperation within the framework of its project promotion. In the matter of general administration the Forum works closely with the Wissenschaftskolleg zu Berlin.