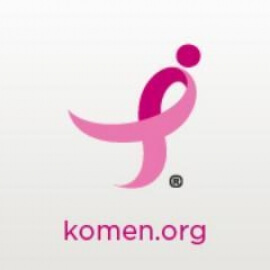 Susan G. Komen, formerly known as Susan G. Komen for the Cure and originally as The Susan G. Komen Breast Cancer Foundation, often referred to as simply Komen, is the most widely known, largest and best-funded breast cancer organization in the United States. Since its inception in 1982, Komen has spent (through 2010) nearly $1.5 billion for breast cancer education, research, advocacy, health services and social support programs in the U.S., and through partnerships in more than 50 countries. Today, Komen has more than 100,000 volunteers working in a network of 124 affiliates worldwide. According to the Harris Interactive 2010 EquiTrend annual brand equity poll, Komen was one of the most trusted non-profit organizations in America. As of March 2013, Komen dropped from Charity Navigator's highest rating of four stars down to three stars due to a financial rating of two stars. The organization has been criticized for its use of donor funds, its choice of sponsor affiliations, its role in commercial cause marketing and its use of misleading statistics in advertising. In 2012, a Komen attempt to withdraw funding to Planned Parenthood for mammograms drew controversy, some believing that this led to a significant decline in donations and event participation.